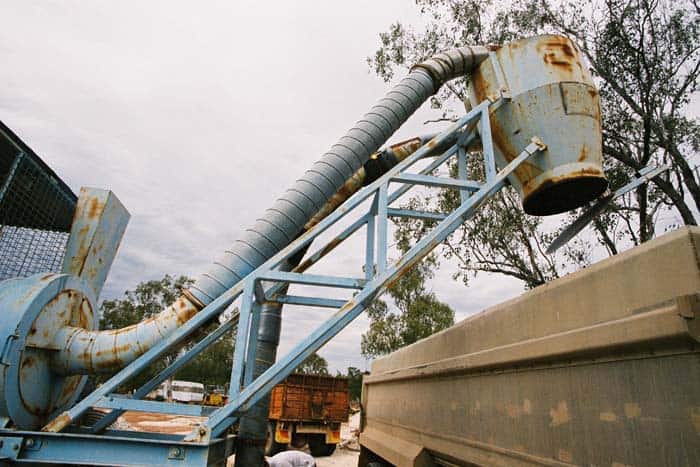 The video explains the process of mining the Rainbow Serpent opal and takes you underground to where it was found.  We show you what it had to endure to become the beautiful polished piece that it is.

The gem was found in a “blow” amongst ironstone boulders. These were either pushed up from below and sunk from above. It is said that when you find ironstone mixed up with the sandstone and clay, then there is a high possibility of opal to be found.

Once the opal had been extracted out of the ground via the blower (which we’ve taught you is really a “sucker” – a giant vacuum cleaner). It the passes to the agitator, or agi for short, where the dirt is washed for hours and sometime days.

It is in this process of being tumbled around that we come to marvel at how a gemstone is left intact after such rough treatment. Watch the rocks come out the other end – see how they have transformed into smooth river pebbles – perfect for your garden!

The miner is pretty shy and preferred to stay anonymous but you do catch a glimpse of his back and his hand – we promise he is real! We are hoping that one day he will let us film him. Maybe lots of positive comments from you will convince him to show his handsome face!

Sit back and enjoy watching!