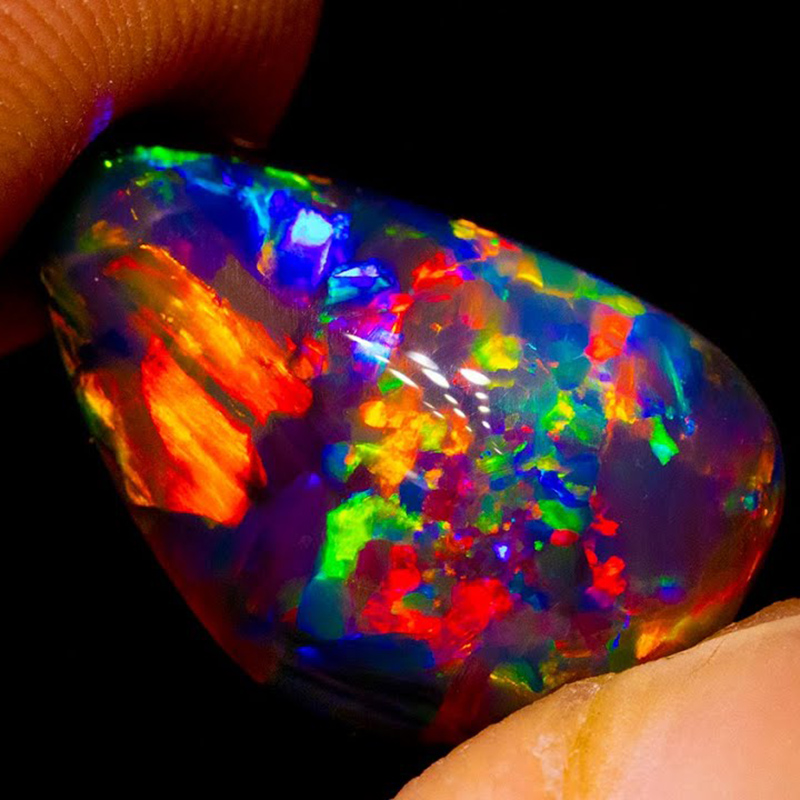 The discovery of a black opal of this calibre rarely occurs, which makes it so special when they are unearthed.
However, when the story behind the gem is just as remarkable, then you know that serendipity has stepped in.

The story behind the opal

The story begins with my father Jurgen.
In 1961, my father emigrated to Australia from Germany in search of a different life.
Along the way, he met a few nice folks that had decided to head to the mining fields of Lightning Ridge where the new frontier was forming.
People were setting up camp in the outback town to acquire their share of riches with the new discovery of a gem called Black Opal.
Dad decided to join them on this adventure and set up home in a little old shed.
He would walk out of every morning with his candle and pick to head underground mining for opals.

Eventually, my father moved to Sydney where he started his opal cutting business.
Many years later though, he returned to Lightning Ridge where he lived out the rest of his days until he passed.
He would tell me stories about the incredible opals they used to find while mining but unfortunately never had any examples to show.

Last year during a buying trip to Lightning Ridge, a miner came looking for a particular buyer who wasn’t in the Ridge at the time.
I asked to see what he was selling and when he presented the opal in question my heart skipped a beat —
‘Is this the type of opal my father had been trying to describe to me all these years?’
After asking the miner a series of questions about himself and which fields he mines, it hit me like a bolt of lightning!
He was in fact a good friend of my dad’s and where he found the opal was right under my dad’s old shed he lived in, in 1961.
Serendipitous it was!

The old fields of Lightning Ridge produced the best opal ever found — I have now seen it for myself.
I bought this gem because it is far beyond anything I have seen before, but most of all, where it was found.
An incredible Red Blue 10.56 carat top gem black opal from the fields of yesteryear.
A piece so rare, only a handful of people in Lightning Ridge would own one like it — hidden away to hand down from one generation to the next.
This gem remains in Black Opal Directs’ collection to this day, what a story to behold.
If you would like to learn a bit more about my dad’s life with opal, here’s a video and a blog post.