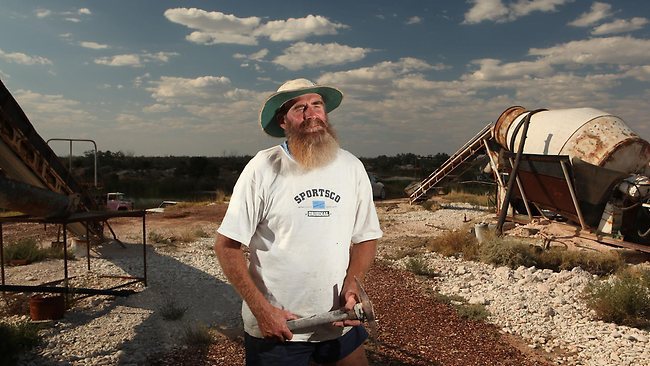 Thank you to everyone for their support all around the world for the Save Lightning Ridge campaign. The New South Wales State Government is now listening, and while things are slow when it comes to government, we see movement in a positive direction.

One of the main issues for the miners of Lightning Ridge was the large increase in security deposits for mining claims.  Larger payments meant that mining was no longer viable for many smaller part-time and hobby miners, a backbone of the community and industry.

The Minister for Resources, Chris Hartcher, released a media statement earlier this month. “The NSW Government has listened and responded to industry concerns. We don’t want to be in a situation where individual miners are unnecessarily burdened by an increase in up-front costs for obtaining or renewing an opal mining title,” Mr Hartcher said. This change means that instead of the $1000 security deposit in place, the fees have gone back to pre 1 July 2012 levels of $250 per claim for all Lightning Ridge Miners Association Members.

Our next big fights are the sunset clauses limiting opal mining and the access and compensation issues with some local graziers.

We have also had much media coverage, including this great piece in our national newspaper this weekend. Ormie Molyneux is a longtime miner and Director of the Lightning Ridge Miners Association. He tells some of his story and explains the issues in his simple and straightforward manner. Check out the video, too, of some great footage of mining. Click here for the full story