Skip to content
Home Stories Tucson 2016 Review (and 6 reasons to visit next year!) 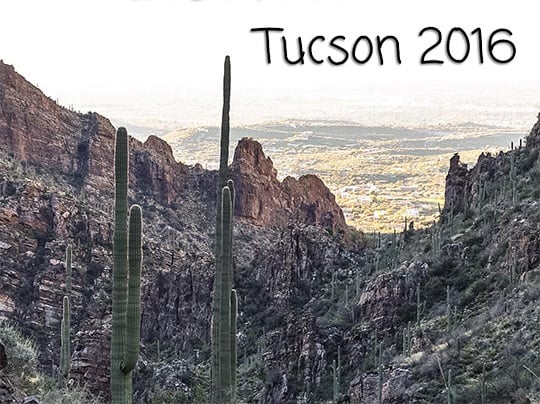 Well, the Gem Shows are done and dusted for another year but if you didn’t make it here is our Tucson 2016 review and a sample of what you missed!

1. We were there! Once again we brought some magnificent opals to Tucson to show you. Having clients visit us at the hotel means an uninterrupted and exclusive one on one experience where all our clients could take their time and really look at the stones they were interested in. We love answering all your questions and showing you the stones you’ve long admired online. This is the one time of the year you can guarantee on seeing us in the US so why not make a holiday of it and come along.

2. We know it and you know it but once again opal is crowned the hottest stone of the Tucson gem shows. Black opal was in high demand and we are increasingly seeing it as part of many designers collections – not just a few pieces but many! JCK had this to say about opal;

If the GemFair was the Super Bowl, October’s birthstone would be its most valuable player. From affordable boulder opals to black opals to Lightning Ridge priced in the six figures, the opalescent gem remains a designer darling.

3. There is so much to see and do and Tucson is a rockhounds heaven. With over 40 shows you won’t get to them all but with shuttles between them and the downtown area having several shows in close proximity it means that you will see an awful lot. From piles of rocks on the ground to tables and tables of cut gemstones to choose from, all the way to finished jewellery, there is something for everybody. My favorite shows are the GIGM Show (Days Inn) and the Pueblo Gem Show at the Riverpark Inn. Both are open to the public and many of the tents are outside. There is a relaxed festive atmosphere as you wonder though oogling things from the esoteric to the sublime!

4. The food. UNESCO has rated Tucson as a designated World City of Gastronomy, becoming the first city in the United States to receive such a designation. It’s agricultural history dates back 4000 years as one of the oldest continually farmed places in North America. From the seed banks that preserve the unique desert fruits and vegetables to the chefs doing amazing things with local native food, Tucson is a foodies paradise. We can also say, the city can make a pretty good coffee too! My food highlight was a visit to Downtown Kitchen where there is an emphasis on local food. The cholla bud escabeche showcased borderlands food in a modern and yummy way! For Justin his tastes were a bit more carnivorous with Lil’Abners, a barbecue steakhouse north of the city a definite favorite. If you like steak and ribs this place is not to be missed. Vegetarians though – beware – there is NOTHING on the menu for you! We had several great nights out with clients and always up for sharing a meal.

5. The Mountains. No matter where you are you can look up and orientate yourself with the three mountain ranges that surround the city. Justin spent a day hiking up to a place called The Window at the top of Ventana Canyon. He described the landscape as continually changing from the Saguaro cacti in the foothills to the mesquite and other sparse trees in the midline and the snow on the upper reaches of the mountainside. This was a 14 mile hike with a 4,500 foot vertical ascent so it wasn’t an easy day of hiking but the view was most rewarding judging by the pictures. Sabino Canyon offers much easier hiking and a cafe so that would be my pick.

6. The weather. Whilst the rest of the country is shoveling snow, the sun is usually shining in Tuscon. Some cold weather this year saw freezing temps in the early morning but by midday the sun was out and so were the smiles.

So there you have it, Tucson is truly a great place to visit and  if I haven’t convinced you to start thinking about a trip out to the warmer climate in February 2017 then nothing will!

If you are interested, keep an eye out as later in the year we will publish a link to get the best accommodation rates in town. It pays to book early!

Shipping on some orders may be delayed due to the Tucson Tradeshow — if affected we shall advise. Dismiss