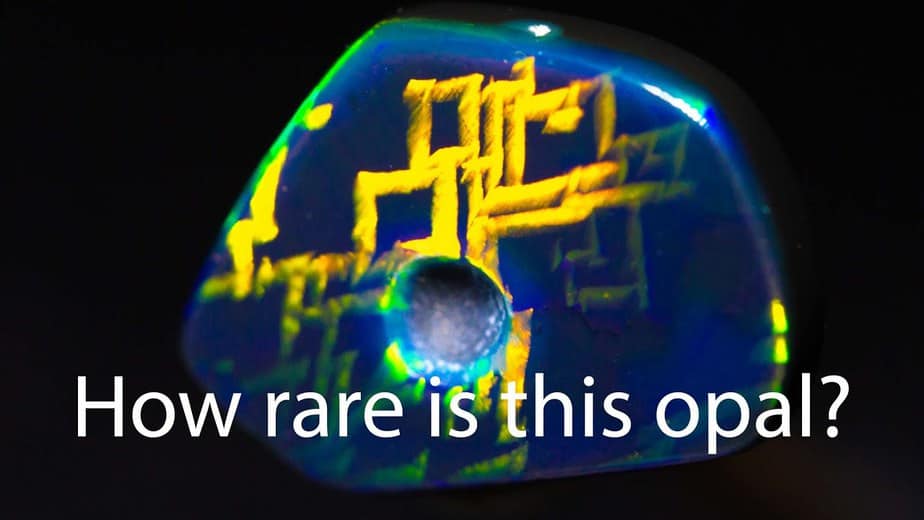 Seeing rare Script Pattern unearthed from a rough opal piece is not what I expected from our last YouTube Live. I’m sure you could tell, from the amount of adrenaline you could hear in my shaky voice, as I uncovered a real gem in front of your eyes.

Script Pattern, formerly known as Chinese Writing, is a rare pattern that looks like language carved in stone. We love the idea that aliens have cut something into this unique gem, attempting to send us a message from another galaxy. What are they trying to tell us? Are they admiring my bald head? I kind of feel like the chosen one.

Whatever they are saying, they made a spelling mistake right in the middle of the stone and decided to blank it out with a sand blob.

Unfortunately, this lowers the value quite a lot. Like, multiple-thousands-of-dollars kind of a lot. Instead of dwelling on what’s lost, I’ve decided to make the best out of this piece. Besides, I had no idea this unreal Script Pattern was hiding inside, so it’s pretty much all a bonus.

As many of you mentioned in the comments section, it also looks like a circuit board. Ruth, our resident Jewelry Designer, felt the same and is going to create a design around this idea. She saw the sharp lines and thought it would look fantastic set in a men’s ring.

Enjoy watching this gorgeous and unexpected gem get uncovered, cleaned up, and polished, ready for the exciting process of being set in jewelry.