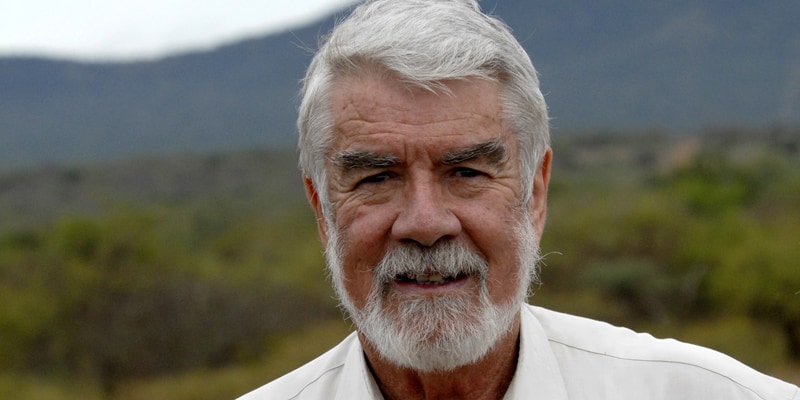 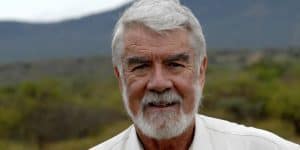 Campbell Bridges is a world renowned geologist, explorer and gemologist. He discovered Tsavoritenand brought Tanzanite to the USA in the 1960s. One stone not synonymous with him is opal – until now.

Campbell was born in Africa and spent much of his adult life as a geologist in Southern and Eastern Africa, in particular Kenya. When he discovered Tsavorite, a type of green garnet prized for its perfect green and superior sparkle, he was mining in Tanzania. A change in government saw all mines nationalised and he followed the geology until he got to Taita on the Kenyan side of the Tsavo region. By this time he was married and thinking about a family and the financial stability needed. Being a considered person he decided to hedge his options and took a trip to Australia to prospect for opal – just in case the Tsavorite find didn’t work out.

He had heard about the usual fields of Coober Pedy and Lightning Ridge, but being a geologist, I’m sure he was looking for something less “discovered”. He focused his attention on the turn of the century finds at Tintenbar on the North Coast of New South Wales. Striking a deal with a dairy farmer, he proceeded to mine in a region, not known for any significant finds – just the oddity of volcanic opal in a land where most opal was sedimentary. We don’t really know why he chose this path, perhaps the landscape with the same red dirt reminded him of Kenya?

Nevertheless he mined for a short period and discovered what we now know as “The Eternal Flame”, along with a smaller more alluvial piece. He returned to the USA to his mother in law’s and stored his find in her safe. 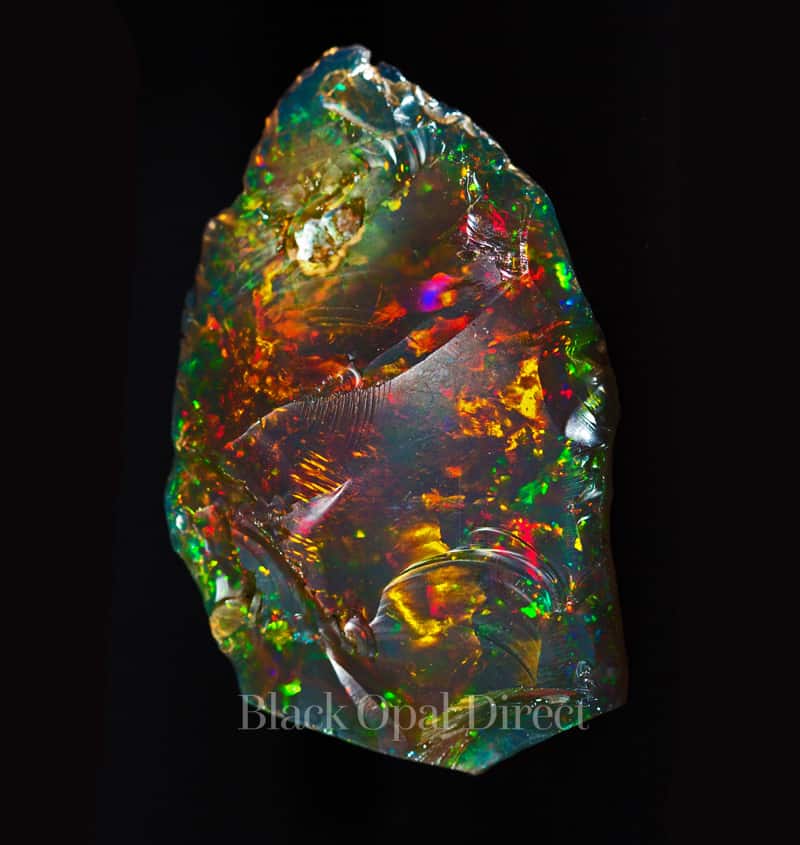 Soon thereafter, his beloved Scorpion mine came to fruition and his time was fully taken up with mining Tsavorite in Kenya. He never returned to mine again in Australia.

“Big Black”, as the family had named it, lay quietly in a safe first in Illinois and then in Arizona. Taken out and viewed by the family, it was never displayed or discussed beyond that. At 568cts, it is a primary find of the very best black crystal opal. Tested by the GIA in 1980 and then rexamined by us recently, it is in great condition.

Sadly, Campbell was brutally attacked and murdered in August 2009 in Kenya. His son, Bruce carried on the legacy his Father left and continues to mine and deal in Tsavorite.  You can see more of Bruce here. “The Eternal Flame ” is a reminder of Campbell and the extraordinary adventurous life he led. The family feel it’s now time to share this beautiful gem with the world in what would have been Campbell’s 80th year.

You can see more of this amazing gemstone here and here and read about Campbell Bridges’ life here.